After leaving the Shetlands we had a sea day and then popped up in a very rainy Bremen. A medieval (although much rebuilt since WW2 bombings including the very and rather out of place state parliament – apparently it is once again a symbol of glass reflecting transparency of government as well as the images of the old buildings in the square – hmmmm) Hanseatic town famous for its craft guilds (I remember learning about those in history at school).

Bremen is also as the setting for the Brothers Grimm story – the four musicians of Bremen. A rather bizarre story about an old donkey, dog, cat and rooster who head for Bremen to earn some money as musicians. They stop at a house that is being robbed and not realising this (they are not very bright!) they start singing for food creating an awful cacophony that frightens off the robbers who think there is a ghost in the house. The animals end up living there permanently!

It was a very rainy day so not at its best but still nice to walk around and I would like to revisit at some point for a longer look. 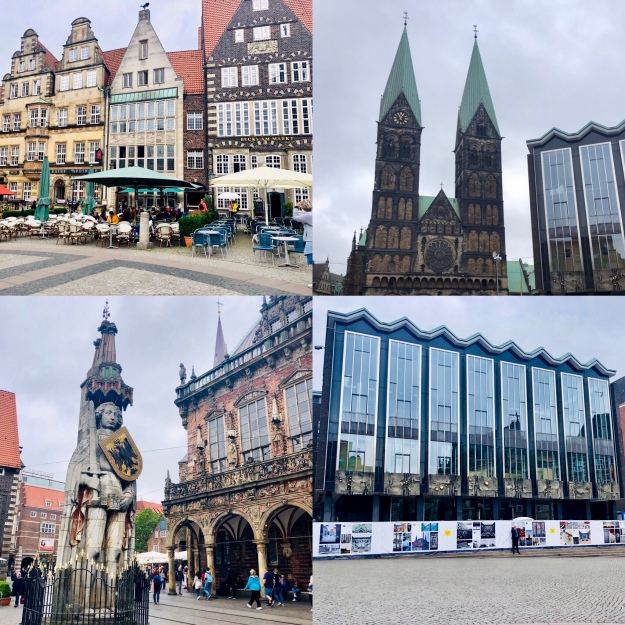 The unusual church below that has a Star of David in the tower caught my eye too. No-one seems to know why as there is no known Jewish connection. Some say it was done as a symbol of the old and New Testament.

The four animal musicians of Bremen and the church with a Star of David in it. Plus lovely flower market.

My favourite part of the city was The Schnoor – a warren of narrow streets and cobblestones.

The Schnoor area of Bremen

And to end the cruise we had a full day cruising the 61 mile Kiel Canal. And I hadn’t even heard of it before although it is one of the longest and connects the Baltic with the North Sea. It was built originally as a means of enabling ships to defend both seas at short notice during the war time. It has been widened twice to cater for larger – mostly freight – ships.

So not only is this quite a feat of building it is also extremely scenic (much more so than the Panama Canal and used for recreation by the locals – we saw lots of small sailing boats, cyclists and walkers – everyone waved too – probably as it was a sunny day at last! We (well the captain) negotiated two locks at the start and finish – we all definitely breathed in as it was a tight fit. 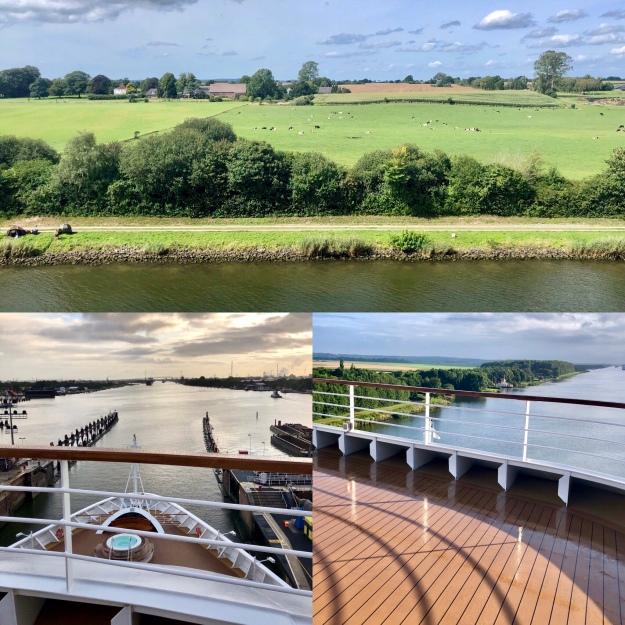 Entering the Kiel Canal and the scenery along the way 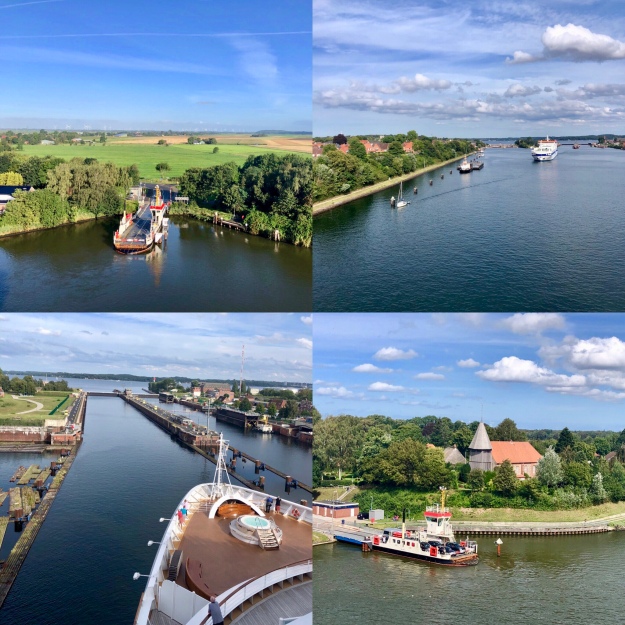 And so this Seabourn Ovation cruise has ended and had a lovely last night reflecting on our 14 days of fun with Uschi, Tim and Jonathan. 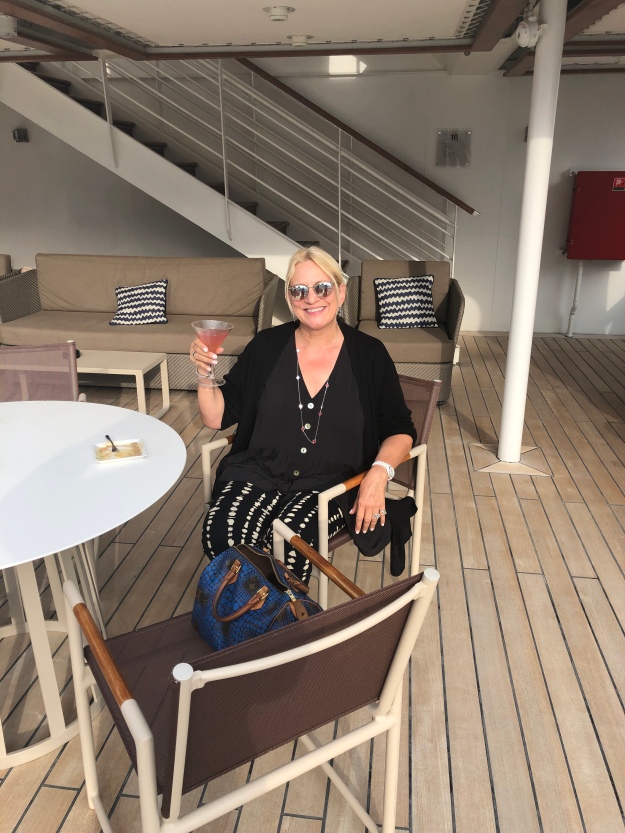 My last cosmo for a while 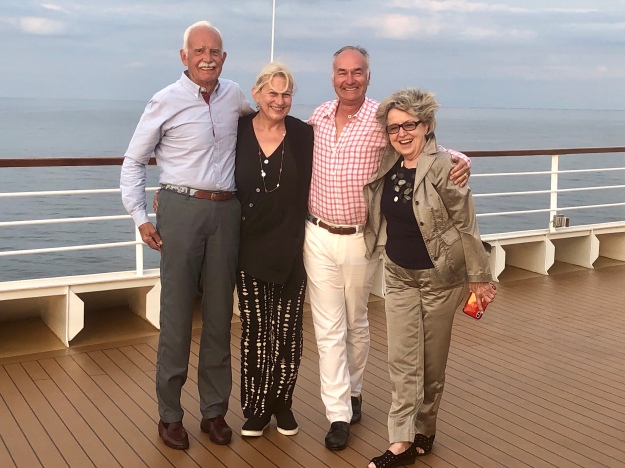