This is the smallest (only 6000 inhabitants) youngest and most westerly of the Canaries and the one with the most recent underwater volcanic eruption in 2011/2012 and it’s expected to grow further in size due to expected eruptions in the next 40 years.

There’s not a lot of action here but it is wild and rugged, scenic and very hilly (the locals don’t get out of breath though unlike us wimpy visitors). There is a significant impact of volcanism on the scenery and it feels “wild” in a good way. It also has amazing quality windy roads (positive impact of EU money) but fairly basic housing.

There are up to 30 micro climates on this island And we went through 20 of them – just wait five minutes and it changes.

We headed south from La Caleta Port to Valverde where we enjoyed some beautiful views from the mirador de las playas. 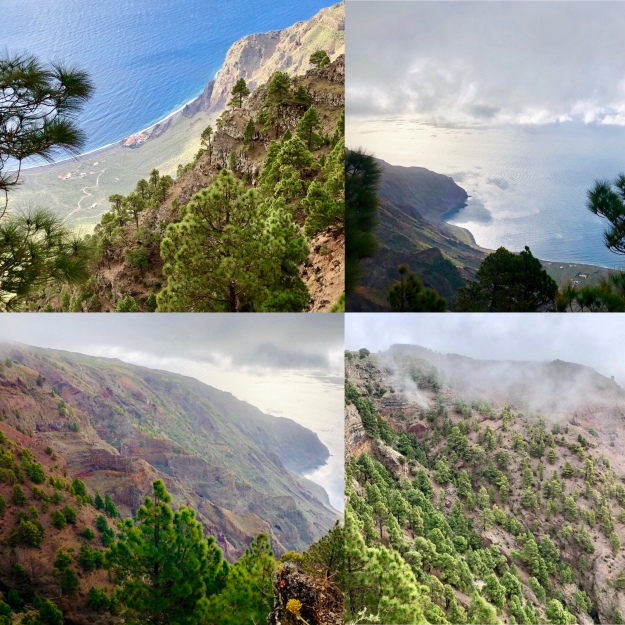 We then headed into the El Pinar forest – full of stunning Canary pines. These are a great natural resource for all the islands as they retain water and so ensure limited forest fire breakouts.

Final stop was the Geoparque – site of prior volcanic eruptions and also where the last big eruption happened just out to sea in 2011/12. People who lived in the area had to be evacuated due to toxic gases. Great museum showing video of what happened as rocks burst up into the surface of the ocean.

The two tunnel like openings are actually natural effect gas chambers caused by the lava when it hits a solid object and goes over the top of it. 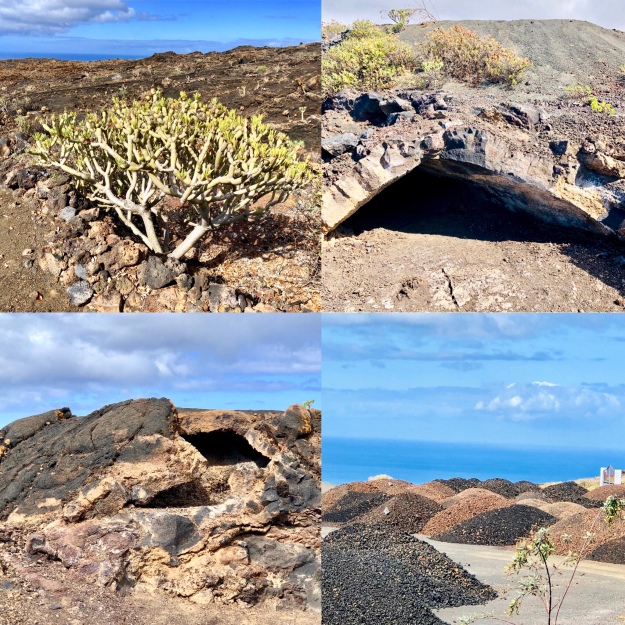 A brief drive around the fishing village of La Restinga – world wide famous for its diving apparently but there is little else there to do.

Tourism in El Hierro averages 100 people a day so this is a place for those who like a rugged, scenic, peaceful, slow and alternative lifestyle eg. the island is trying to become self sustainable and a lot of people try to also live off the grid. Not really my thing but always good to experience something different. Gorgeous flora once again.

On the way back to the ship we passed this strange “rubbish” sculpture. It has all sorts of things buried inside it including two cars, a washing machine and tons of general plastic trash. It was commissioned by the local government to remind people about being self sustainable and to avoid waste by using renewable items where possible. Interesting