I spent a very interesting day in Palestine (which I am counting as my 105th country as it is recognized by the majority of UN countries albeit not by any of the major powers ie. EU, US, Aus, Canada etc).

Palestine or the West Bank (of the River Jordan) is a very different place to Jerusalem although mere kilometres away. As I understand it there are three areas of Palestine settlements (and the legality of settlements is a big area of debate: settlements or occupied land?) – Area A which has full Palestinian control and into which Israelis are not allowed to go; Area B – administered by Palestine but security is controlled by Israelis and Area C – which has the Israeli settlements and is controlled by Israel (it is the area that has the underground water supplies for the country). And I thought Brexit was a big muddle!

Our guide was a Christian (5% of the total) Palestinian and was therefore only able to join our bus once we had crossed, through one of the many checkpoints, into Palestine. The driver had a permit to pick up in Jerusalem but he was not allowed to enter Israel without a hard to get permit.

Our first stop was Jericho – where the walls supposedly came tumbling down. It was the oldest walled city in the world – 3000 years plus and is one of the first examples of when hunters turned to farmers and started to cultivate the land. It also faces the Mount of Temptation where Jesus was tempted by the devil 3 times while being in the desert for 40 days and 40 nights. There are still archaeological digs ongoing in this area.

Below is the typical scenery as you drive along including the Bedouin areas where they still live a fairly nomadic and old traditional life. 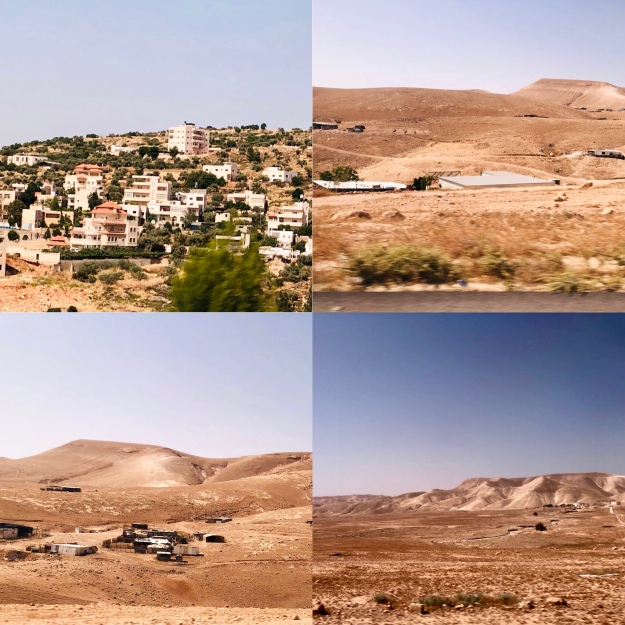 We then visited Yasser Arafat’s tomb. A controversial figure in life and death. To some a terrorist (was believed to be behind the Munich Olympics bombing) to others a beacon of hope because he drove the importance of a liberated Palestine. He had three funerals – one in Paris where he died (and there were rumors he had been poisoned while in hospital) then in Cairo where he was born and finally in Palestine where he is buried.

We headed on to Ramallah the notional capital of Palestine. Once you get off Israeli controlled roads there is a marked difference in quality. As it was Friday and Ramadan the streets were pretty empty but I liked the statue of the young boy climbing the flag pole and reaching for a liberated Palestine. 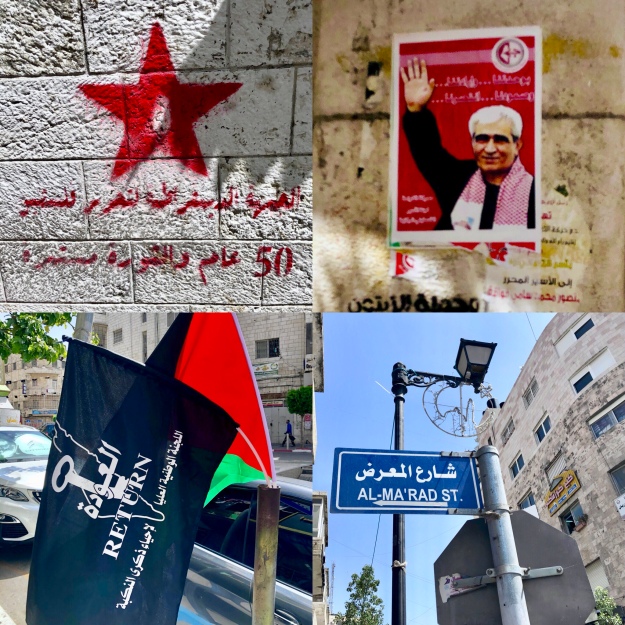 Onwards to Bethlehem to see the Church of the Nativity. We didn’t line up to see the cave where he was believed to be born – it was actually a cave as they used them as stables in those days – as the queue was very long for once again a 2 second viewing. Various churches are built in and adjoining the main church – Greek Orthodox, Catholic etc. The entrance (called Manger Square) is very small to ensure that people have to bend to enter it and therefore show humility whoever they are. 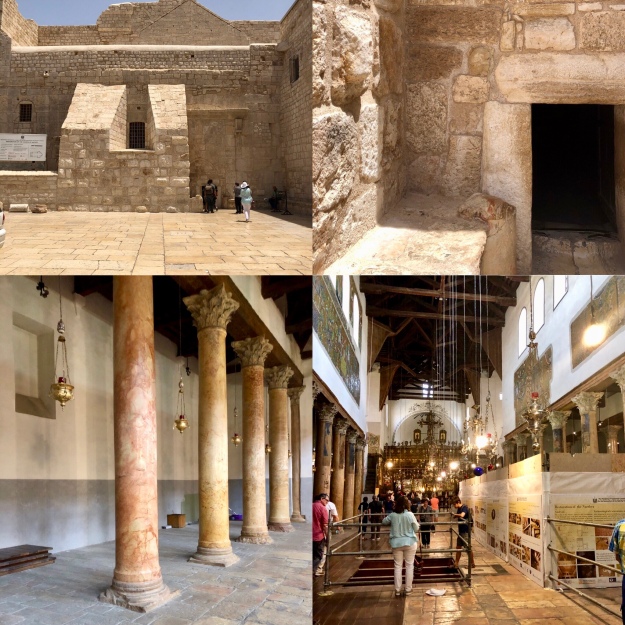 The church reflects various centuries of importance and below you can see old Roman mosaics below the floor and also the stunning Byzantine mosaics which have been recently restored.

Finally onto the most distressing aspect of Palestine – the barbed wire topped Separation Wall which snakes its way through Palestine separating Israel and Palestine. This was built in the late 90s to try to stop terrorists accessing Jerusalem easily as a result of various bombs that had been detonated in the preceding period. Terrorism has reduced – which may or may not be due to the Wall as these things come in waves but surely this is no way to expect people to live? Mostly the wall impacts the Palestinians as it goes straight through the Centre of where they live and work whereas on the Israeli side they are more remote from where most people live. I totally understand this is a very complex situation and it is thousands of years old but I do hope they find a way to live peaceably each with their own land one day. put the women I charge I say!

Here is the wall which has become an opportunity for street artists – including Banksy – to vent their views. Banksy has in fact built a real hotel right by the wall called the “Walled Off” Hotel – clever eh?

Here’s what we saw of the wall on this very interesting and thought provoking day. 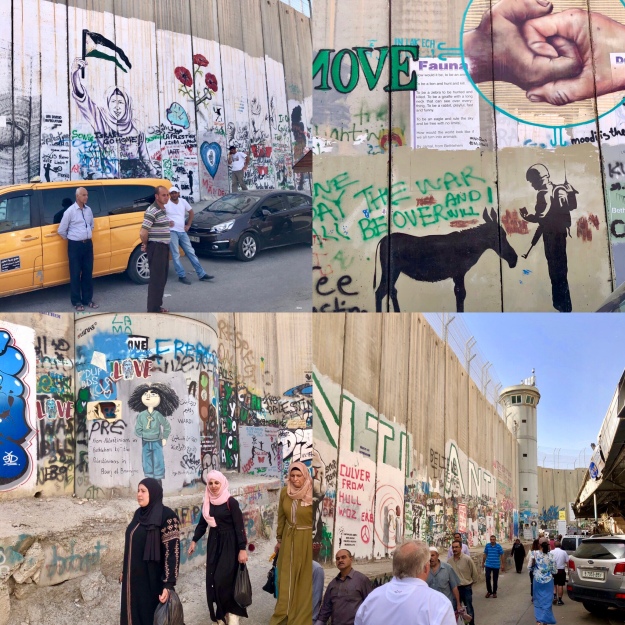 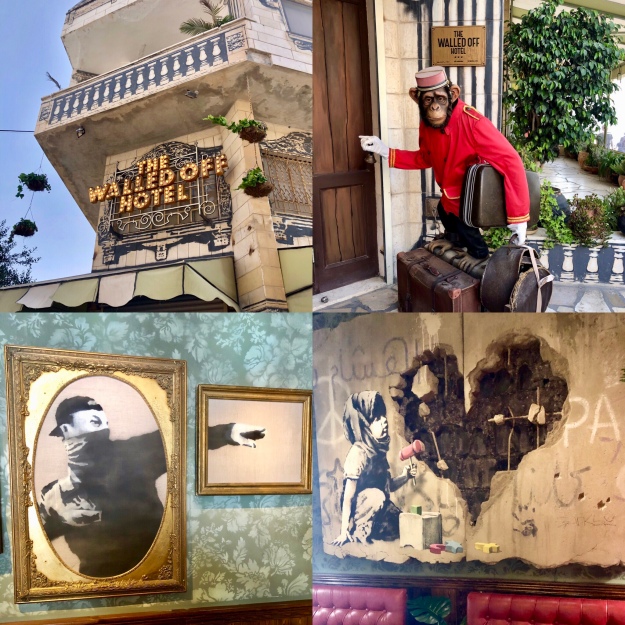