And back to the bible – this time it is the River Jordan and the spot where John the Baptist is believed to have baptized Jesus. Back in 2012 my friend Beth and I visited Jordan and we saw this site from the opposite side looking back at Israel so it was great to now see it from the Israeli side looking back at Jordan. The river is very narrow and is in fact an official border between the countries but there is no official crossing here. People come to be baptized here and also to collect water to take home for baptisms. Due to climate change the water levels of the river are dropping substantially. 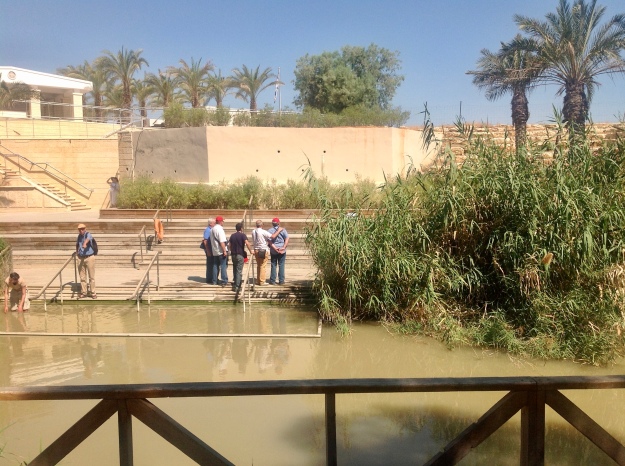 Then we headed to the Dead Sea – the lowest point on earth and you can feel your ears pop as you descend from well above to 430 meters below sea level. Once again climate change is impacting the scenery – those holes you can see are giant sink holes caused by the continued reduction of water in the Dead Sea. It means these areas are also no longer able to be used as beaches. Real shame.

We then “mudded up” and enjoyed a bit of floating in the Dead Sea. It is a very strange experience as the sea is 30% salt compared to 5% in most oceans and you cannot even stand up with your own propulsion once you are above your knees in the water – you just have to float and try not to giggle too much as this is NOT good stuff to swallow. Getting out again involves dragging yourself along the bottom with your hands until you get to a point where you can stand up again.

The pics below show how climate change has caused the evaporation of a lot of the water and in fact the Dead Sea is now two seas as a portion has dried and created a land mass in the middle of the Sea.

Next we headed to Masada – a very special place both as the location of one of the many palaces that King Herod built and then later as a citadel. King Herod – who I tended to think of as the guy who wanted all the first born killed as he heard a rumor there was to be a new King of Jews born – was actually a huge influence in this part of the world as he was a great builder and loved to use all the latest techniques to do so. He rebuilt the 2nd Temple in Jerusalem and Masada was one of his palaces where he had all the latest mod cons.

He built this one on top of a high mountain (because he could) and we ascended to the top by cable car. We walked around for 90 minutes in 39 degree heat but it was well worth it as the place is in very good condition and extensive.

The subsequent period of importance was when this became a Jewish citadel during the Roman Empire period. The Romas held the city under siege for 2 years and when the Jewish populace realised that the wall was going to be breached and they had no chance they decided to commit suicide rather than be slaves. In the Jewish religion suicide is forbidden and means you cannot be buried in the cemetery. Therefore they decided that the men would kill the women and children and when the last 10 men were left they picked lots to decide which one would kill the next until only one was left – so they reduced the number who had to commit the sin of suicide (although quite why murdering their kin was not a sin is a mystery to me!). When the Romans walked in the next day they found the place full of dead bodies except for two women and a few kids who had rather sensibly decided that they would rather live – and of course that meant they were around to tell the story of what happened.

Having said all that there is a lot of debate about whether the whole story is really true and they are still reviewing the archaeology to see if they can be sure it is. Thats the thing about Israel – everything we understand about the past is constantly changing as we get smarter in understanding the evidence that is found. 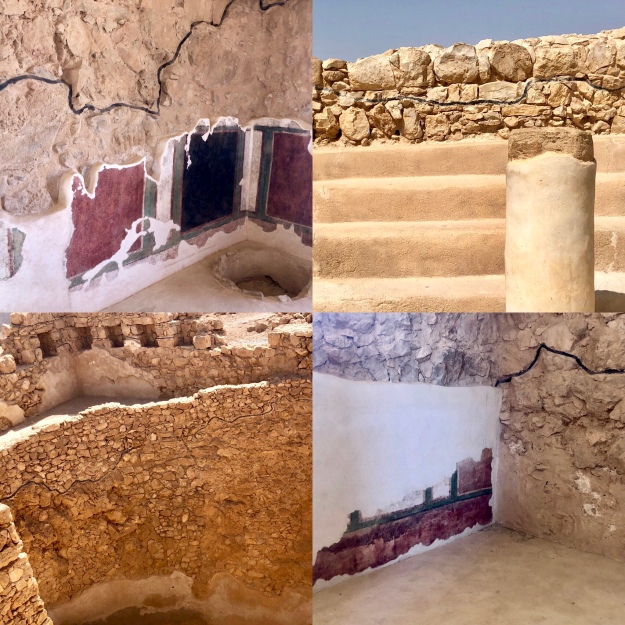 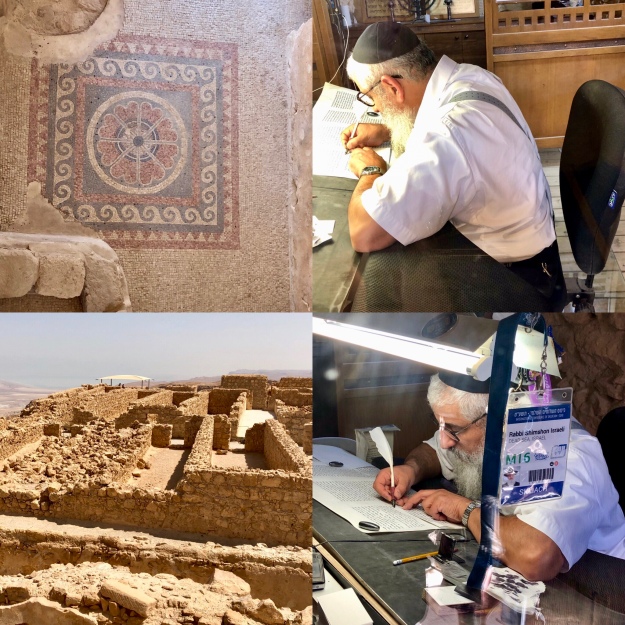