Today I took a local train for just over an hour to visit Aveiro (a bargain at Euros 3 return!) which is known as the “Venice of Portugal” as it has canals in its centre. Aveiro used to be a fishing port and most of the people who lived there were fisherman. Funny sculpture just outside the station – maybe a take on lost tourists?

One of the reasons I enjoy travel is that once in a while you get to connect the dots. Last year I was in Greenland and Newfoundland where I learned all about the cod fishing done there which was then shipped to Spain and Portugal. I never gave much thought as to who did the fishing – actually, it turns out that for 6 months of every year the men of Aveiro went to those locations plus Norway to fish, salt and pack their catches for shipping back to Portugal and for the rest of the year they fished for local fish eg. Sardines.

Two bad things happened. First as most people know, cod was overfished and this meant they were no longer allowed to spend nearly as much times as they used to fishing in those parts of the world and their income stream collapsed. In addition to that the area is surround by sand dunes – over time they had become blocked up making local fishing all but impossible and creating a lot of swampy ground causing a lot of unpleasant diseases. As a result for many years there was not much fishing to be had locally either and as a result they dredged for salt and collected seaweed to use as a fertiliser. Things are a bit better now but this is not a wealthy part of the country. Nevertheless it has a lot of charm – starting with a pretty town centre including some pavement mosaic art – I picked the Gemini from the 12 zodiac mosaics.

And the original fish market dating back over 100 years still exists but is quiet. Fish looks good though. 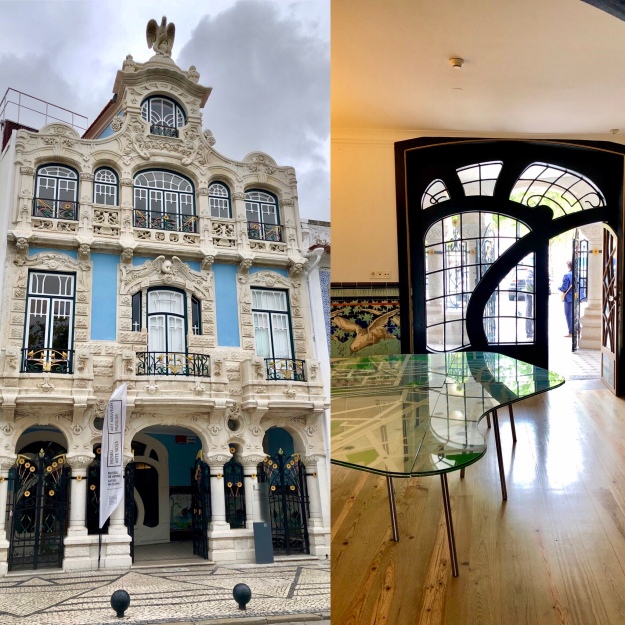 The boats that take tourists around the canals are brightly coloured and often have saucy paintings on them with appropriate slogans – these were the boats that used to be used to dredge for seaweed and they made them so bright to cheer themselves up.

The local food speciality (aside from sardines in colourful cans) is called ovos moles and is a lightweight wafer casing filled with egg yolks and sugar – delicious with a strong coffee.

Headed 10 minutes down the coast to the very cute seaside town of Cosa Nova which has colourful striped houses along the seafront. These buildings originally belonged to the fishermen and were used to store their fishing stuff while they were fishing overseas. Once the market collapsed they had no further need of the properties and they were sold during the 30s and 40s and converted into houses. The stripes are a reflection of typical bathing attire of the time. Pretty – but very windy there! 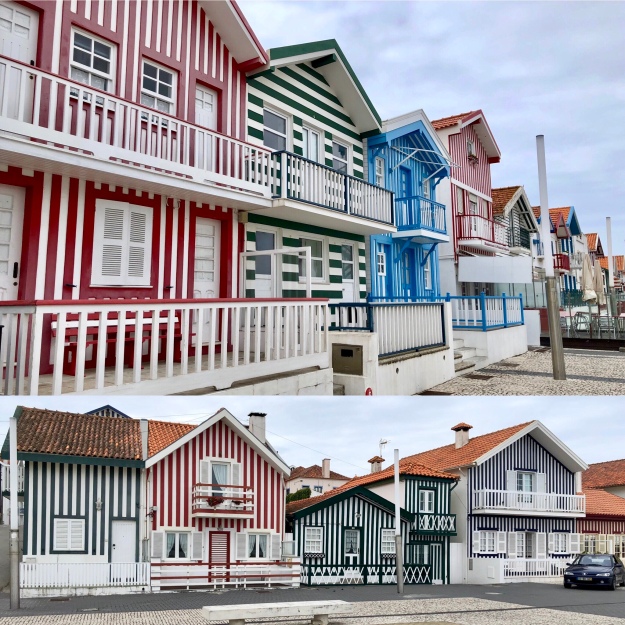 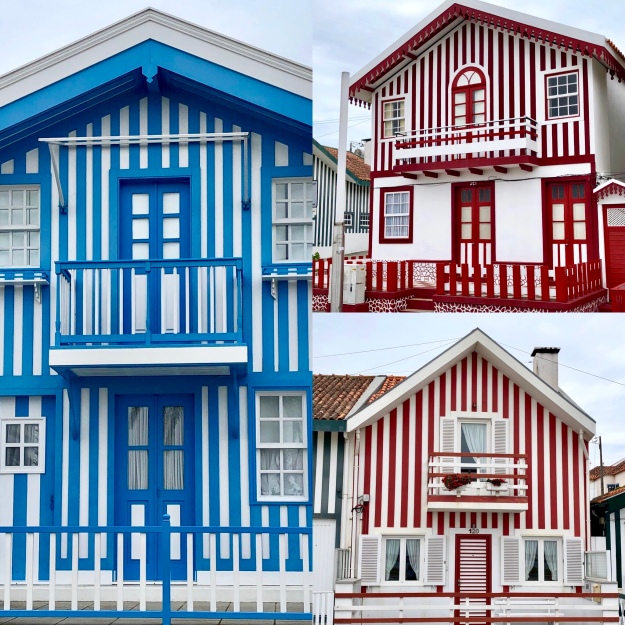