I am really enjoying being in Munich. It has a spirit of Bon Viveur and bonhomie (in spite of their dire World Cup outcome to which they comment “Well there is always beer to console us”.) I cannot even begin to explain how important beer is to Bavarians – it just as – especially imbibed in a beer garden with lots of old and new friends and some bratwurst and sauerkraut.

The old Town has retained its charm and is fully pedestrianised. The new Town Hall which looks much older than the old town hall (when they built the new one the fashion was to make things look older) dominates the central point of Marienplatz and it is worth being there to see the figures on the glockenspiel appear and dance around at 11am, noon and 5pm.

You can see the glockenspiel play below

As you’d expect there are many churches in what is mainly a Catholic area of Germany but unlike in Spain or Portugal they are far less glitzy and gold covered. Most of the drama is created to carvings – stone and wood – which are spectacular and a speciality of the region. 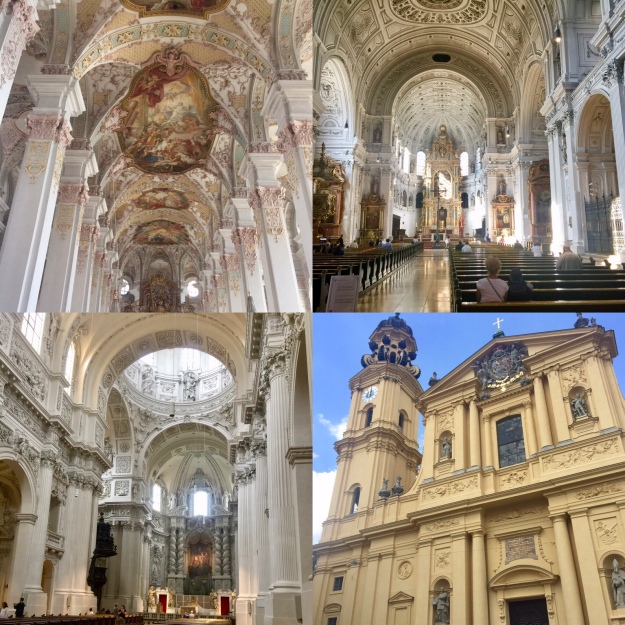 I enjoyed having my friend Sue to stay last weekend. We saw a lot including the Englischer Garten (and its river surfing inhabitants – what the?), the modern art museum and Schloss Nymphenberg. We also imbibed beers and the delicious local delicacy of port knuckle which has heaps of cracking which we both love – absolutely no sharing of that as far as we were concerned!

More friends arriving this weekend so more eating is on the cards. Oh well…. 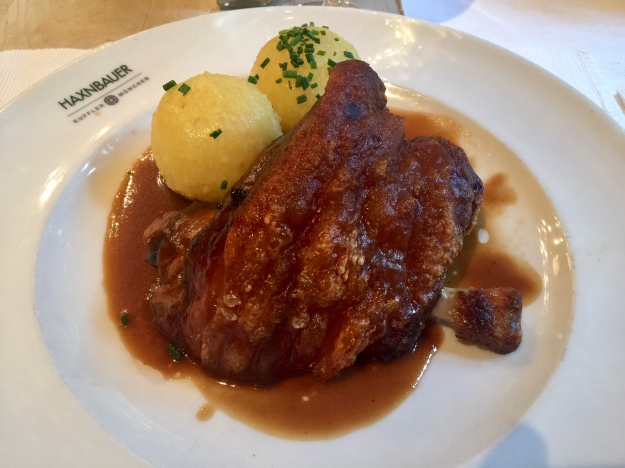 It’s not just about the sausages and pork – just look at all the fresh fruit and vegetables at the Victuallen Markt in the centre of town – food to buy and also plenty to eat. 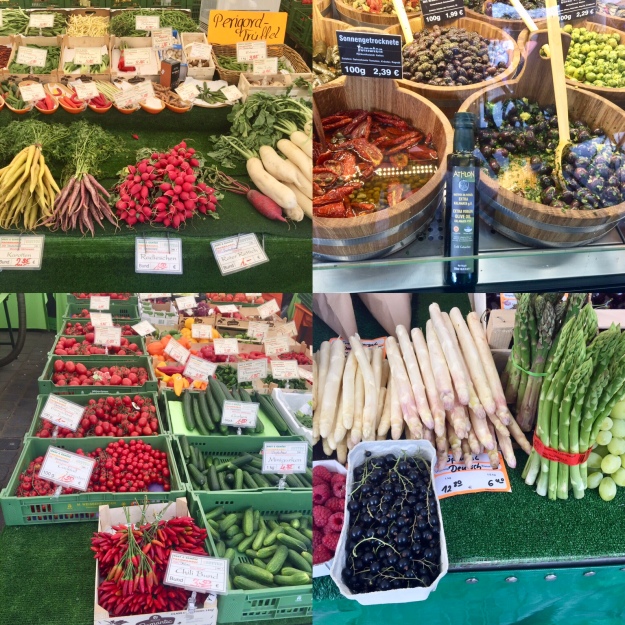