First stop after 3 days at sea is exciting for me as it is a new country to add to my list getting me a little closer to the magic 100. Colombia makes 83. What did I know about Colombia before I visited? Well only the obvious -drug lords, emeralds and the place where the character Gloria from Modern Family and I think also the actress who plays her (Sophia Vargaras) comes from.
Completed a tour of the old town which is a UNESCO world heritage site which it should be as it mixes every style of architecture known in this part of the world – colonial, creole, and republican – very pretty in a faded kind of way. As usual, a statue of Simon Bolivar is in the central square – he features very heavily in the history of independence around these parts and frankly it seems a bit unfair that he only had one country named after him! But I suppose that’s more than the rest of us can say.

The old and new in Cartagena. 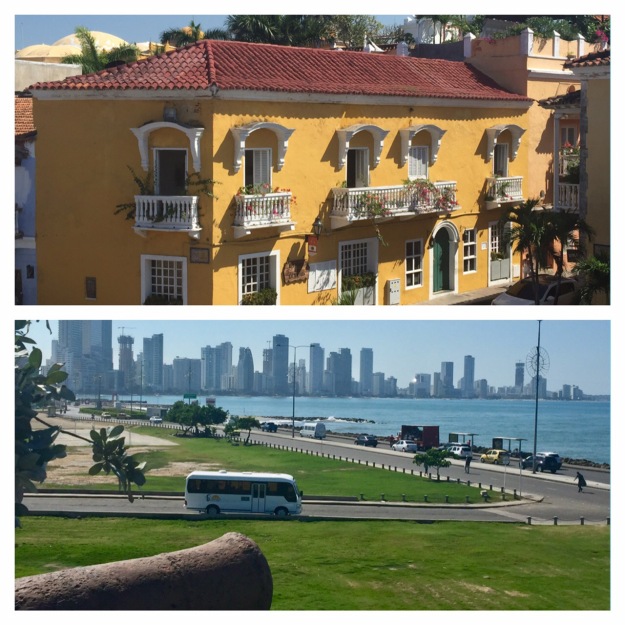 Some images of old town Cartagena

Sent from my iPad