Over the past 6 days my lovely guide Laurensiu and I have circumnavigated Romania covering all the key parts (other than the Danube Delta which will have to wait for another time). I still have a few days in Bucharest but have come to realise already that I have seen the very best of the country outside of the capital.

I was very interested to visit the village of Viscri where Prince Charles (yes that PC) owns two houses which are also guest house you can visit. As he is not short of a bob or two the monies earned go to a charitable foundation of his. He fell in love with this part of Transilvania about 15 years ago and so bought these houses and likes that the locals live a lifestyle pretty much unchanged over the centuries – he is know for liking that kind of thing! 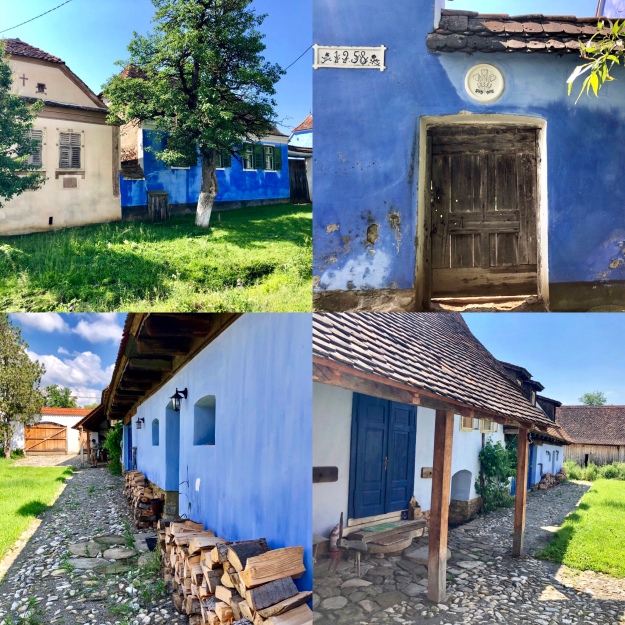 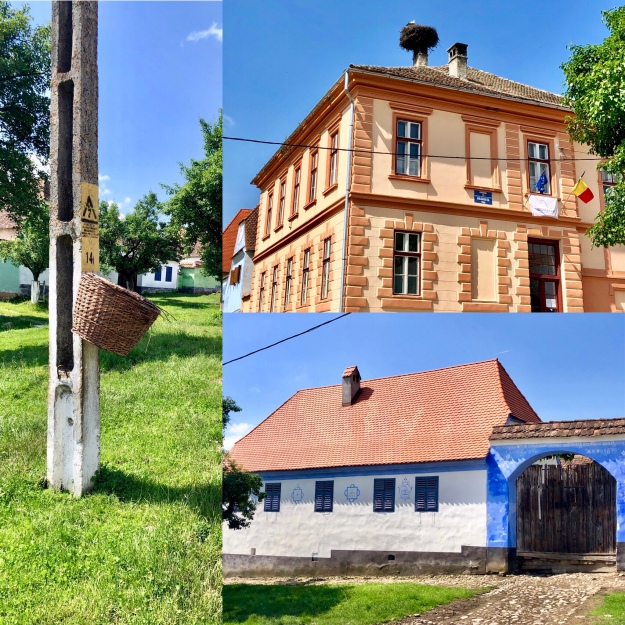 Viscri also has a cool citadel – as usual at the top of a hill. This one is in great condition and was open so I was glad to look around the inside. Tiny rooms were available in case people had to stay over due to being invaded and I love the sloped roofing (deliberate to make it easier to collect rain water). The church is Lutheran and check out the narrow benches – no falling asleep on these! 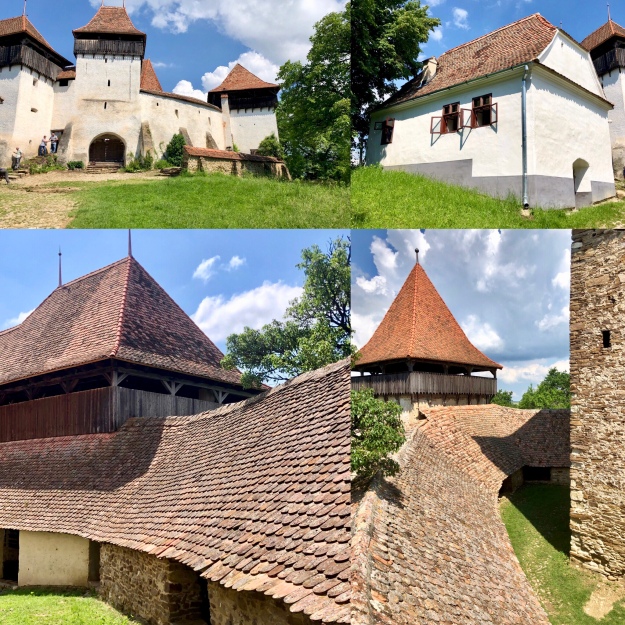 The citadel and walled church at Viscri 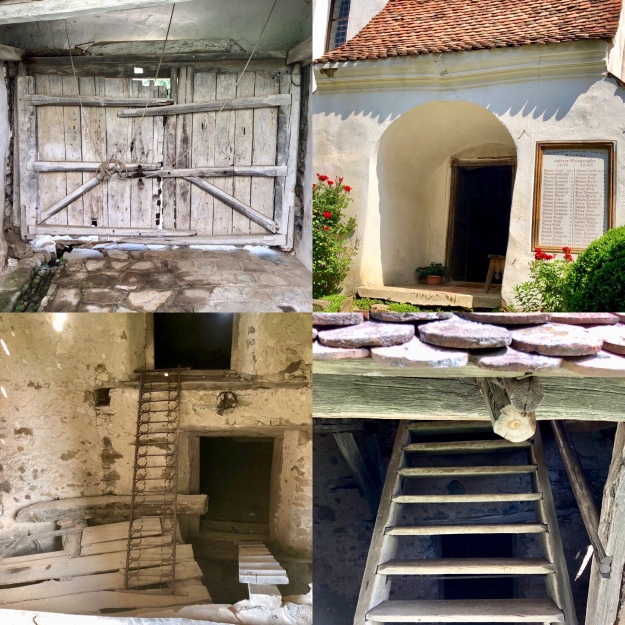 Loved these picturesque doors and entry ways around the citadel

The citadel also had a museum showing how people lived during these times – the bed slept 4 – two on top and two in the pull out drawer!

Narrow benches in the church and the museum 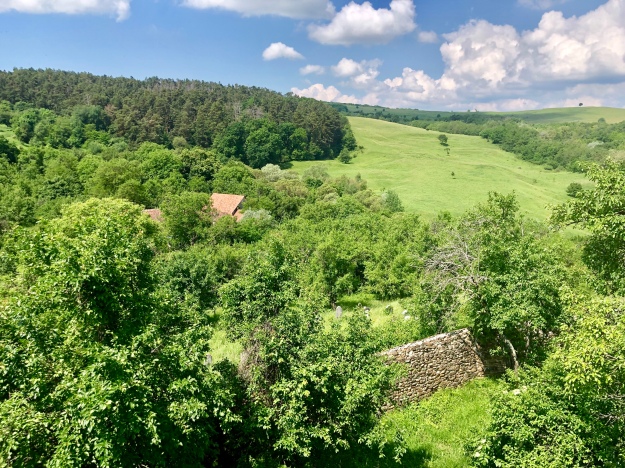 I overnighted in Brasov where I saw the Black Church – so named as it turned very black after a bad fire many centuries ago. It is not that black any more but the name stuck. Again a great public square where everyone hangs out and takes in the views. 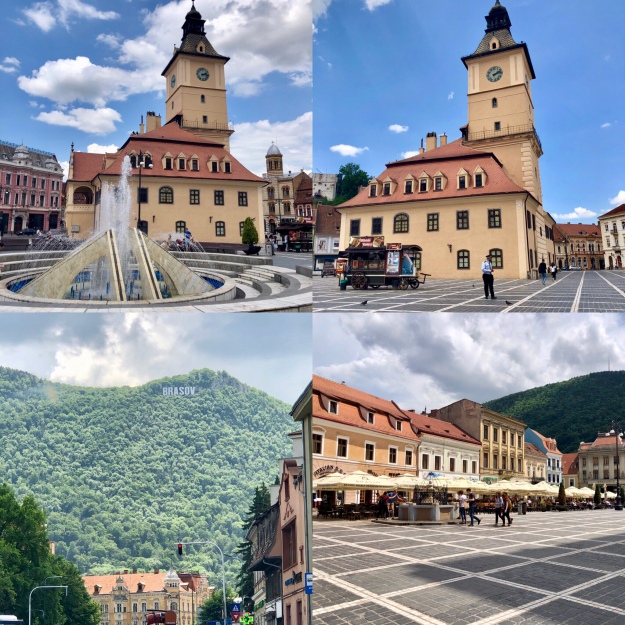 The main square in Brasov plus the “Hollywood” sign in case you forget where you are!

The famous Black Church of Brasov

Brasov is also known for having the narrowest official street (rather than a nameless alley) called Rope Street. It acted as a connection point for the fire brigade to get from one part of town to another as quickly as possible and they built a narrow fire engine just for that street! 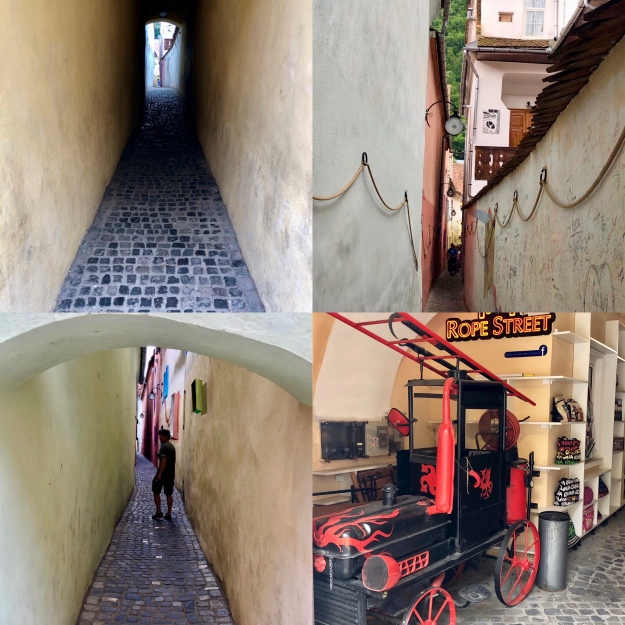 Rope Street with Laurensiu and the teeny fire engine

And of course as we headed south there was less focus on only the orthodox religion but much more variety on display including a large synagogue – again not accessible. 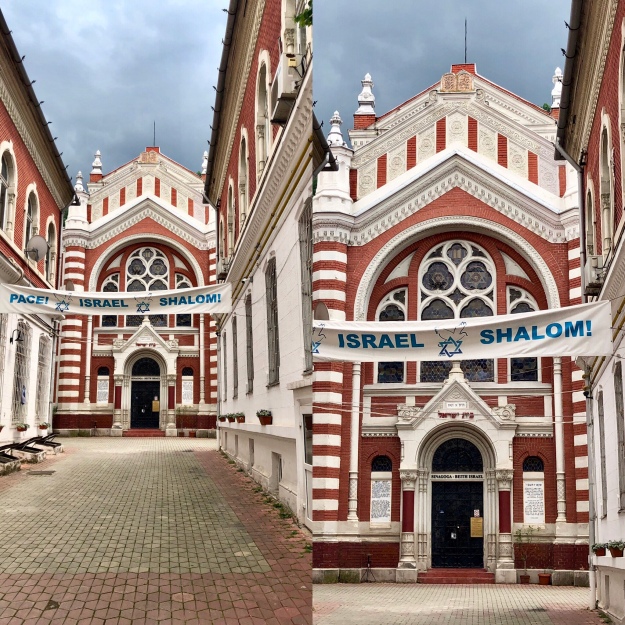 The synagogue in Brasov