Following on from some ideas I got via the Wanderlustplusone blog I was now in search of a real bamboo bridge across the rice paddies. These are easier said than found and my helpful taxi driver took me to the middle of nowhere – into the centre of the rice paddies after which we walked for ten minutes and I found my bridge. True it was broken and so didn’t actually go anywhere but it is an impressive piece of design and it was stable enough for me to walk out to the point at which it disappeared. My taxi driver came too as he had never seen one of these either – at least that’s what I think he said!

Firstly a drive through the rice paddies – to some astonished looks from the workers and everyone else who was on a bike or scooter.

And then the bridge 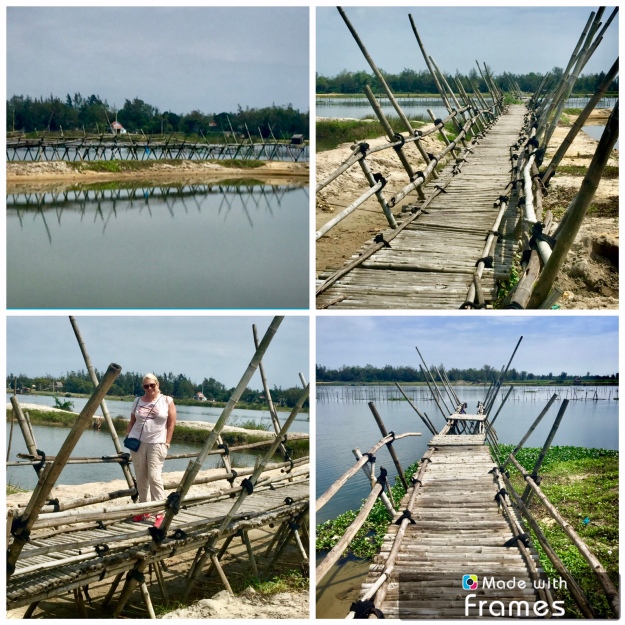 Then we made our way to the memorial for the heroic Vietnamese mother. Although I’d seen some photographs of it I was not prepared for the size of the memorial – which has the faces of women carved into it like Mount Rushmore (well except for the fact it is women only – yay!) or the lovely grounds in which it stood. Unfortunately the sun was in the wrong spot so it is hard to see the grandeur clearly – for best pics go in the morning. 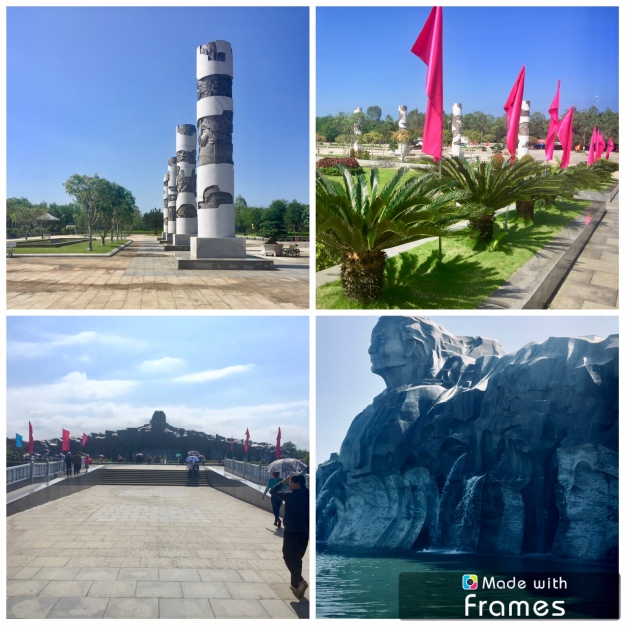 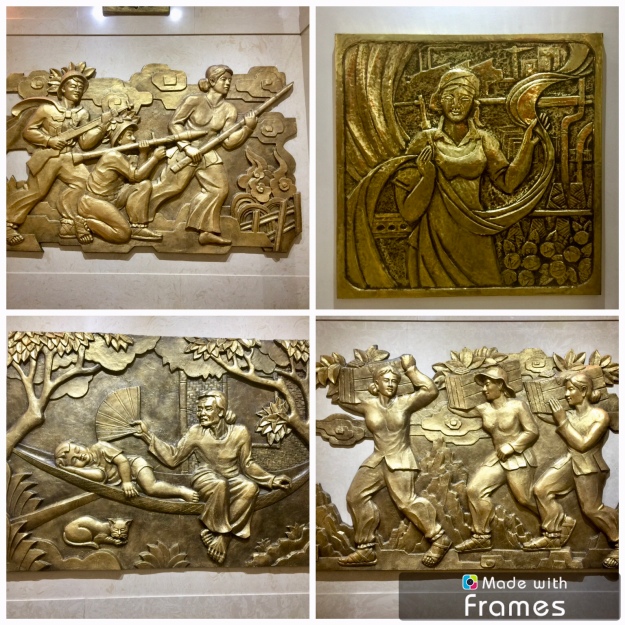 1 thought on “Vietnam, Hoi An – the rickety bamboo bridge and the memorial to women”